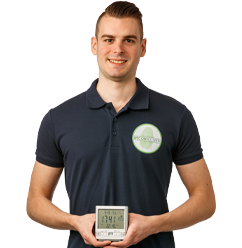 Or ask your question online

This Fisheye 360Âº camera set SMART consists of a recorder and fisheye security camera. The Fisheye 360Âº camera has a compact size, waterproof housing, Power over Ethernet (POE) and a 360Âº camera lens. The recorder has a built-in power over ethernet (POE) switch, smartphone APP with P2P cloud technology, dropbox storage and much more. The ease with which this camera system can be put into use makes it suitable for everyone to install themselves. Furthermore, this camera system can easily be made wireless with our Powerline adapters.

360 degree lens VR Fisheye camera:
The 360 degree lens ensures that the area that can be monitored is very large. For example, when this camera is hung in the middle of a room, you can get an equal view of the entire room.

Power over Ethernet VR Fisheye 360Âº camera:
The fisheye camera supports power over ethernet (POE) and can therefore be connected directly to our Sitcon recorders with a UTP network cable. The Sitcon recorders have a built-in POE switch which provides the cameras with direct power and whereby the image and possibly sound also run via the same cable.

Motion Detection and Recording:
The recorder with 4 channels comes with a hard disk and is set as standard to record during movement. With 4 cameras, it takes an average of up to a month before the hard disk fills up. When this happens, the oldest images will be automatically overwritten.