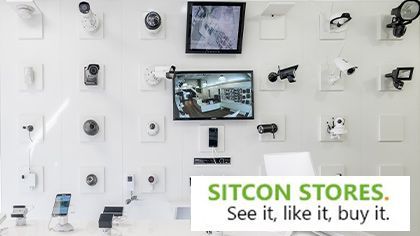 This security camera set with 1 mini dome camera SMART is from the line of the latest generation of CCTV surveillance systems. The Dome camera has a compact size outdoors, SMT IR LEDs, Power over Ethernet (POE) and Starlight night vision technology. The recorder has a built-in power over ethernet (POE) switch, smartphone APP with P2P cloud technology, dropbox storage and much more. The ease with which this recorder can be used makes it suitable for anyone to install themselves. Furthermore, this camera system can easily be made wireless with our Powerline adapters.

Compact housing:
The compact housing and swiveling base of this Dome camera makes it possible to mount the camera on a ceiling or wall.

Power over Ethernet Dome (POE):
The camera supports power over ethernet (POE) and can therefore be connected directly to our recorders with a UTP network cable. The recorders have a built-in POE switch which directly supplies the cameras with power and whereby the image and possibly sound also run via the same cable.

Motion Detection and Recording:
This recorder comes with a built-in hard disk and is set by default to record during movement. With 4 cameras, it takes an average of up to a month before the hard disk fills up. When this happens, the oldest images will be automatically overwritten.

- Pre-record function function:
Even the five seconds before the movement are recorded, so that you have always recorded the complete events.

- Optional storage in the Cloud:
A smart option of this recorder is that a snapshot of the movement can also be uploaded to your dropbox account. In this way, the images are still safe if your recorder is taken or damaged. A dropbox account is free to create via dropbox.com and works like a kind of personal hard drive on the internet.

Viewing images via the APP or PC:
The free app that comes with the recorder is suitable for Windows, MAC OS, iPhone and Android. You connect the recorder to your router with the included network cable and the rest is done automatically without having to adjust any settings. From that moment on you can view the live images, but also the recorded images from the same location, but also at the office or even when you are abroad. In case of movement you will also receive a notification via the APP on your smartphone via a push notification.