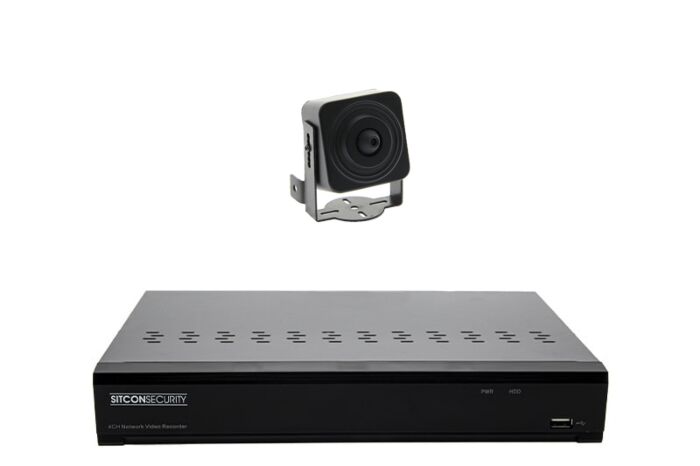 The HD (UTP) Pinhole camera set (wireless) is out of the line of the latest generation of CCTV surveillance cameras. This HD (UTP) Pinhole camera, for example, has a very compact housing, Power over Ethernet (POE) and Starlight technology. The HD recorder has a built-in power over ethernet (POE) switch, smartphone APP with P2P cloud technology, dropbox storage option and much more. The ease with which this HD recorder can be used makes it suitable for anyone to install themselves. Furthermore, this camera system can be made wireless with our Powerline adapters.

Starlight technology HD (UTP) Pinhole camera:
By using the new generation 'Starlight' light-sensitive, a superior image with limited light is made possible. This light-sensitive Starlight lens can film in color much longer in low light than is possible with a conventional security camera.

Onvif Compatibility HD (UTP) Pinhole camera:
The (UTP) HD camera works with all our (UTP) HD recorders, but can also be connected to other UTP / IP systems that support the Onvif protocol.

Power over Ethernet HD (UTP) Pinhole camera:
The HD camera supports power over ethernet (POE) and can therefore be connected directly to our UTP HD recorders with a UTP network cable. The UTP HD recorders have a built-in POE switch which supplies the UTP HD cameras directly with power and where the image and possibly sound also run via the same cable.

No questions yet. Be the first to ask the question!
Accessories: Full HD (UTP) - Pinhole Camera Set