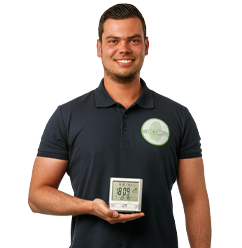 Simple Controls Glasses Camera PRO:
Filming with a glasses camera Pro is very easy, because you film exactly what you are looking at yourself. This trendy glasses camera has an almost invisible lens outside, making it even possible to film when you are talking to someone or walking in a store, for example. You switch on the glasses camera with a button on the right leg of the glasses and you can start filming easily and quickly.

Very unobtrusive lens glasses camera PRO:
Unlike other glasses cameras where there is a hole where the lens is, this glasses camera Pro has concealed the lens behind the plastic so that it is hardly noticeable and can therefore also be used when you are talking to someone at a short distance.

16Khz high quality audio recording:
This glasses camera has a very high audio recording function, which, in contrast to many other (glasses) cameras on the market, can make good sound recording with the video, which runs smoothly with the images.

1080P HD Glasses Camera PRO:
Much better than glasses cameras with a resolution of 640 x 480 or even 1280 x 960, this camera is glasses camera with a 1080P Full HD lens. The hardware of the lens is of significantly higher quality and has a low lux so that filming can also be done in twilight. Contrary to popular belief, the resolution of 1280 x 960 is a software upgrade of 640 x 640 pixels, where with a 1920 x 1080 recording, that number of pixels is actually recorded and a better image quality is achieved.

16 GB internal memory glasses camera PRO:
This professional glasses camera is equipped with an extra large 16 GB internal memory. This provides enough space to record images and sound for up to 16 hours. The advantage of a large memory is that you can film the entire battery life and do not have to transfer the created files every time you charge.

High Capacity Battery Glasses Camera PRO:
This glasses camera has concealed the battery in the left leg with which you can film for up to 90 minutes. Charging takes up to 3 hours.

High Quality Glasses Camera PRO:
This camera is of high quality from Taiwan, where the best mini camera models have been for professional use for years. The difference compared to Chinese mini camera models can be felt directly in the product and can be seen in the image quality and ease of use.