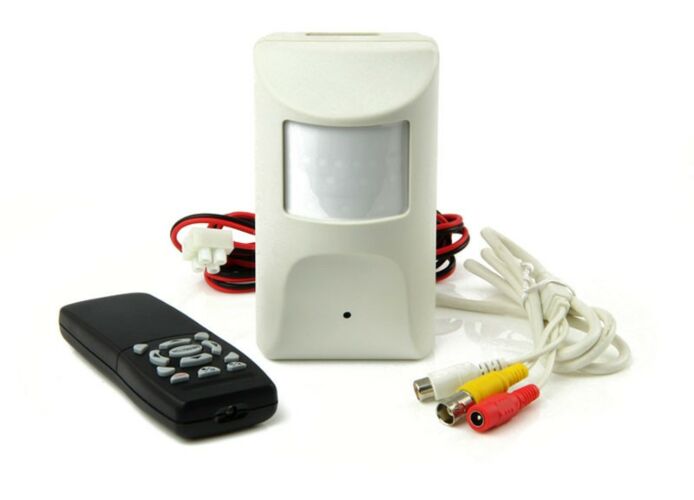 This PIR spy camera is built into a motion detector and records the images + sound on an SD card (not included). The PIR spy camera can be set up so that it is only recorded on the basis of movement, via a timer or continuously and can also be connected to an existing alarm system. The PIR camera system can work unobtrusively on its own.

How to connect the PIR spycam:
The PIR spy camera comes with a mounting bracket and has cables at the back for connecting to direct power through the supplied 12V adapter.

Recording on SD card PIR spycam:
The PIR spy camera does not have to be connected to a recorder because there is its own SD recording system in the motion detector. You insert the SD memory card in the PIR spycam, connect it to the mains and it will automatically start filming and save the images on the SD card.

Play PIR spycam images:
The images from the PIR spy camera can be viewed by removing the SD card from the spy cam and putting it in a computer. The computer will recognize the SD card as an external hard drive and a 'Record' folder will appear containing the recorded files. You can then transfer it to the computer or delete it.

No questions yet. Be the first to ask the question!
Accessories: PIR spy camera - DVR